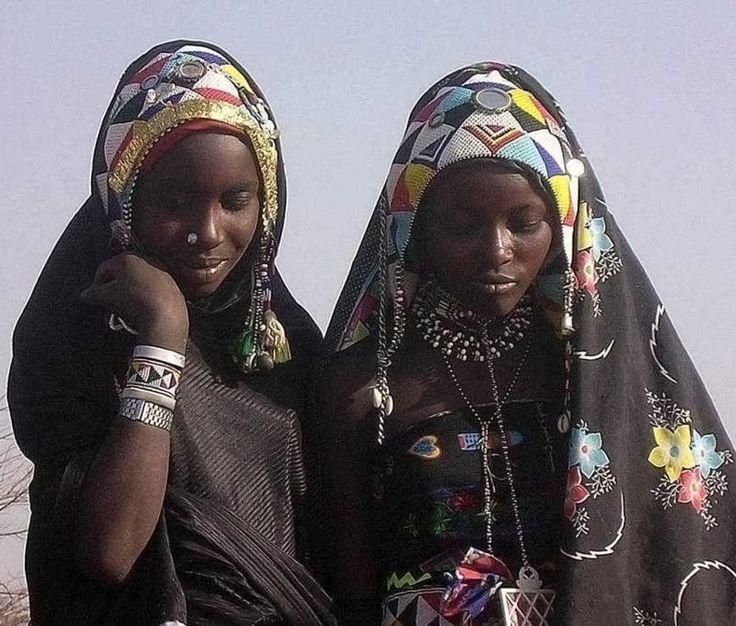 The air smelled of death, chills, and blissful peace. She could feel her feet getting cold as Azrael (Angel of death) was lurking around the corner waiting for her clock to come to a halt and snatch her soul like a thief in the night. Around that time of the year, Azare remained very windy and the harmattan was hard on the skin that it could snatch the soul from the warm body of a newly born. That particular night felt twice as cold despite being surrounded by clay pots of steamy herbs and light incense burning to chase away all the bad omens and jinn.

She has achieved everything there was for her here on this earth. The purpose of which Allah carved out for her has been fulfilled as she performed all of her duties to the maximum. Well except for one last task, one important task before she departs this world and ascends to meet her maker and face the judgment of her deeds, actions, and inactions. She knew she had to tell the truth to her kids, they deserved to know their origin, the real truth and have all the mysteries solved and whispers resolved.

That faithful evening, she gathered all her 8 children,15 grandchildren, and 10 great-grandchildren around her death bed to tell them the secrets and tales she collected and buried deep under her flat belly for 72 years. The naked truth as she called it.

‘My beloveds said Fatima to her family.’ ‘I know you all have questions but please bear with me as I share with you this story from a long time ago. A time when things were different and not so rosy as you all live now. A time when I wasn’t even a noble and I didn’t live in a palace, neither did I have servants for I was the servant. In my story, you shall find answers and so much more an understanding of why I was so close to your Sarauniya (Queen).’ Her first daughter tried to urge her to rest and be quiet but she fired back, ‘Don’t shut me up ever again Laila.’ She said to her first daughter who she named after the late queen. She began her story.

I was born in Shabra to Mallam Abubakar Zakariyya and Binta Dallah who was the fourth wife of my father. I come from a family where the men are expected to become Islamic instructors and the women were meant to be handmaids for the daughters and wives of royal families. At the age of 14 I had learned Arabic and the different Hausa, Kanuri, and Fulani dialects from Sokoto to  Zazzau, I knew how to sing and dance, I was a good masseuse and I had mastered the names and uses of herbs and spices. I had been groomed to become a perfect handmaid. Just before I clocked 18, I was sent to my grandmother’s village Galma. There I was taught the secrets of “Kayan Mata”, seduction, and lovemaking. They taught me so much more about aphrodisiac herbs. I didn’t know black seeds and cloves could be used to increase the libido of women. These women whom I addressed as ‘Kaka’ (grandmothers) mixed herbs like magic. Everything about my stay in Gulma was fascinating. At the end of my training, I was gifted sandalwood and a unique oil fragrance for good luck in my mission far away from home. According to these women, I will be a teacher, servant, advisor, friend, and sister to a lonely noble whose parents were too busy with politics and governance to give her attention. I was expected to prioritize her for she would be my mas’uliyyah (responsibility) and I would care for her with the trust of Allah.

This was so much for 18 years old me; I was terrified that despite all my training I wouldn’t make a good handmaid. I wouldn’t be able to care for this royal blood whose life was tied to mine.

The journey to Azare from Shabra lasted 5 days. I was escorted by 5 men and an older woman who served as my guardian for the trip. I needed no one to tell me when we arrived at the palace for it was the tallest building I had ever seen.  The walls were made of red bricks and had inscriptions on them in Arabic that praised the king. As we rode into the palace, I was surprised because it was so big and I was certain to get lost for the next few weeks. I was welcomed by the house manager who was an uptight chubby woman in her mid-40s. She wore a brown lapaya and her legs were decorated in red and black henna. Her eyes looked like it would piece through my heart and see my deepest secrets.

‘Salamu Alaikum young child, what is your name?’ she asked in Kanuri while regarding me.

‘I am called Nana Fatima, please what can I call you?’, I replied back in Kanuri.  I see you speak Kanuri that is very impressive Nana Fatima. You will address me as Hajiya Adama. You are here to be the companion and aid of our beloved Gimbiya, Laila.  You shall be by her side at all times except when she is in the company of her parents. You are to make sure she remains a dutiful daughter and princess. If you sense a rebellion, it is your duty to report the situation to me immediately.’ She added.

‘Hajiya Adama, thank you very much for the orientation, I will do all my best to be a good handmaid. I am honored to be here., I answered back nervously.’,

‘Finally, you are to encourage her to marry her cousin, Khalifa since she has turned down 5 suitors already. You will have a full tour of the palace much later. Go freshen up and make yourself presentable to our Gimbiya.

There was no time to rest. I wasn’t here as a guest but as a staff so I quickly freshened up, performed my prayers, and was directed to meet the gimbiya in the study. When I walked in, I perceived the smell of old books similar to the one in my father’s study, I was nostalgic and missing home already. She was reading a novel in Arabic covered head to toe in black silk wear, hijab, and Nikab. ‘Salamu Alaikum Gimbiya, I am sorry to disturb your study but I am your new handmaid Nana Fatima. I am honoured to serve you and your family.’ I said to her.

‘Do you read Ibn Sina’s books or do you even read at all?’, She asked with a level of arrogance that gave a very nasty first impression of her. ‘I find his book “canon of medicine” quite fascinating and the “book of healing” was an interesting read. I enjoy reading about human anatomy as well but I find romantic literature to be relaxing.’ I answered with all the confidence I had left. She was startled but merely gestured, ‘Alright then grab a book and read. Finally, someone with brains.’ We studied for three hours before going to say our maghrib prayers.

I finally saw her face that night as she was about to take her night bath. She had an oval face and a full lip. She had the fairest skin I had ever seen and when I scrubbed her back, I realized how soft it was. Her hair was so long she had to curl it up with a silk robe. She was indeed as beautiful as she was smart.

Three months passed and I had adjusted perfectly to the life of Laila’s handmaid. The routine was not so simple, as everything was practically a ceremony.  I woke her up at 5:30 am for prayers and we go for our morning horse riding.  After that, I helped her with a warm bath and massaged her body with essential oils. Fenugreek oil was used to massage her breasts and buttocks to keep them firm and full while sesame oil was used for her to make her skin glow and black seed oil was meant for her hair. We argued about Islamic scholars during baths and massage time it felt so intimate. Bathing time was our playtime for there were no guards or maid hovering over our shoulders.  One particular day, while I was massaging her back, she asked if she could massage mine. I felt the goosebumps rain all the way from my neck to my tight. ‘You don’t need to massage anyone gimbiya, I will always be here for you or your kids’, I answered reassuringly. ‘What about my future husband? Would you also help me with that?’, she twisted the conversation around as she turned to face me while exposing her pointy breasts.

‘You have a point there’, I said as I began to unravel my clothing. First, I took off my veil and exposed my light brown hair. I then released the straps on my shoulder, letting my dress fall to the ground.

‘Nana you have a beautiful body, so beautiful I can’t believe you’ve been here for 3 months and I have never seen your hair. You’ve seen all of me and I barely know you. She walked up to me and ran her fingers through my hair which sent a shiver down my spine. ‘Lie down and let me warm your body’, she said in the most intoxicating voice I had ever heard. She sat on my waist and poured olive oil on my back and began caressing my skin with her palm. After a while, she deepened her hair in a pot of oil fragrance and began making circles on my neck and my shoulders. I could feel her erect breasts touching my back as if the harmattan had snuck in through the windows and flogged them. I didn’t believe it when I felt her wet pussy juice on back, this meant that I wasn’t the only one who was feeling this way. I quickly turned to face her, ‘What are we doing Laila? I should be encouraging you to love your cousin who is planning on making you his bride and not doing this with you’ I asked while searching for regrets in her eyes. ‘I want to be here with you and as long as we are together Nana everything else will be fine. She rolled over and brought a bottle of goron tula and honey juice, she drank some and kissed some into my mouth.